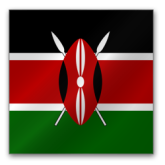 Welcome to 2015, AAF readers.  Our editors and staff are looking forward to a great New Year of providing you with news and insights into anti-corruption and fraud-prevention on the African continent.

Our first story of the year hails from East Africa, when CNBCafrica‘s Elayne Wangalwa reports on the dampening effect of Asian investment into the Kenyan economy due to the high degree of perceived corruption in the state.

In her article, Wangalwa writes that the primary alleged culprits are the Nairobi City Council and the Kenya Revenue Authority.  These figures are based on statistics resulting from a Business Perceptions Index (BPI) survey requested by the Sino-Africa Centre of Excellence Foundation.  The study surveyed approximately 400 Chinese state and privately-owned firms active in East Africa (75 in Kenya).

Interestingly, the foreign investors were partially at fault when the bribery-allegation triggers occurred: “Most of [the Asian companies] were asked for bribery when the officials found misconduct in their business practices, like the absence of some business certificate display,” according to the survey, resulting in the BPI suggestion that “Chinese companies learn more about Kenyan laws and regulations.”

According to CNBCafrica, the Chinese presence has been augmented significantly since the last visit of Chinese Premier Li Keqiang to the country in 2014, with the number of Chinese expatriates in Kenya more than doubling.