Back in 2016, AAF published a story about Och-Ziff’s FCPA trouble involving, among Congolese diamond mines, the so-called Libyan Investment Authority (LIA).  The LIA was a sovereign wealth fund (“SWF”), recalls Andreas Stargard, an attorney with Primerio Ltd., focused on anti-corruption and antitrust matters in Africa: “In the case of Och-Ziff, the LIA was allegedly implicated in an elaborate corruption scheme, whereby an O-Z employee paid off a third-party agent to ensure the Libyan SWF provided the necessary investment funding.”

Stargard’s Primerio colleague, Roger Tafotie, has now published an incisive paper, evaluating the role sovereign wealth funds occupy in Africa.  He notes that SWFs represent “a large and growing pool of savings and, together with national investment funds, have been gaining in prominence over the past few years, especially in natural resource exporting countries of Africa.” 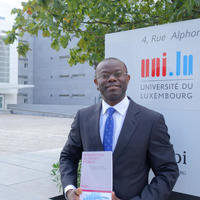 Tafotie continues: “Acknowledging that there is controversy about the relative merits of the SWFs and their added value, my paper discusses the multiple interests of using SWFs by African states, particularly those exporting natural resources. Attempting to contribute to the answer to the question whether African countries need SWFs or not, I argue that a well-structured and governed SWF with a clear and sound mandate and professional management and staffing can serve, along its traditional functions, signaling, capacity-building, and governance purposes in African states. Beyond their role in stabilizing local economies, SWFs can therefore play an important role in fostering economic and social progress as well as governance and political accountability.”

Speaking to AAF, attorney Tafotie, who originally hails from Cameroon and practices both there as well as in the European Union, continues:

The basic idea behind the paper is that SWFs can help address the issue of state capture and/or corruption as I have argued in different parts of the paper.  This is because the establishment of a SWF must be part of a broader package of institutional reforms designed to improve a country’s capacity for resource revenue management and overall governance, these being among the rationales of creating SWFs.

However, it will be naïve not to see that SWFs can aggravate state capture/corruption since it has been demonstrated that in some context, the resilience of resource revenues is of critical importance to maintaining the existing structure of political power and, consequently, there is an incentive for the ruling elites to effectively manage resource wealth over the long term.

That is why I have expressly mentioned that: “unless numerous accountability mechanisms — that include the judiciary, legislature, regulatory agencies, external auditors, and civil society organizations — are adopted by resource-rich countries for monitoring the performance of their SWFs, a SWF should not necessarily be an institutional innovation that counteracts the resource curse and the concentration of power in the hands of a few” (i.e. contributing to state capture).

In addition, I consider SWFs as learning organizations. In this respect, SWFs can undoubtedly contribute to educate on public resources management and therefore help fighting against mismanagement and corruption. In fact, empirical researches have convincingly demonstrated that the correlation between development and good political outcomes occurs because more education improves political institutions.