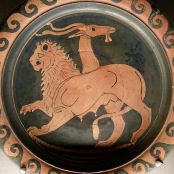 Chimera or Reality — Is Africa stepping up its anti-graft game?

If one is to believe the media attention that has been bestowed upon anti-corruption enforcement by various African jurisdictions, there has been an uptick in successful anti-graft campaigns across the continent.  Or is there…?  Has Africa truly embraced the prosecution of well-to-do businessmen and government officials?  As one practitioner observes, mere penalty statistics (albeit impressive in terms of pure figures) are far from enough:

“You will read about record-breaking fines imposed; and you will hear about ever-longer jail sentences for violators.  African nations are no different in this regard than the U.S., where the DOJ has an annual tradition, almost invariably touting record-setting numbers resulting from its various enforcement divisions.  Even a quarter billion dollars of cumulative fines in South Africa are insufficient evidence of true deterrence, however — what is needed going forward is a culture of anti-corruption compliance, which goes deeper and spreads its roots more widely throughout the business & governmental community than any single record fine or jail sentence can ever accomplish,” says Andreas Stargard, an attorney with Primerio, an Africa-focused law firm and boutique business consultancy, advising on anti-corruption and competition & regulatory matters across the continent.

Over the next weeks, AAF will be investigating this “trend” of enhanced enforcement — and analyse whether it is real or only perceived.  Today, we begin with two case examples, one from the East and one from the South, both of which have recently been featured in the media with seemingly impressive news to report…

George Wachira, a director of Petroleum Focus Consultants, writes in the Business Daily that, “over the past six months a series of events have given Kenyans some hope that this time around we may be on the right path in shaking the roots of corruption.”  He cautions, however, that the ongoing fight against corruption will yield results only “if sufficiently supported by all,” echoing Andreas Stargard’s observation of the importance of a universal “culture of compliance”:

The fight against corruption cannot survive merely on the push of top leadership. There must be in place support from effective and sustainable systems and institutions that can routinely function without prompting or interference. And recently some of these institutions have been undergoing a real-life test. … With clear and strong messages and actions from the top leadership it becomes easier to address corruption. This is an essential and critical starting point.

Second in line in the crusade against corruption is certainly the media which has been consistent in its anti-corruption messages and analysis.

The other key anti-corruption voices have included the Opposition, civil society, and a number of foreign offices with well intentioned interests in Kenya.

… I judge that the D-Day on the fight against corruption occurred when the list of shame was published with names of senior public servants suspected to have engaged in corruption. … If this process succeeds and achieves these standards, then Kenya will have moved a major step ahead in the war against corruption. If the process is derailed by whatever causes, then I am afraid we shall have lost momentum on the war on corruption. … [Another] recently launched system with similar detective capacity is the e-procurement system that can document the audit trails of all public procurement.

It is evident from recent events that Kenya can and should keep on the path towards a country with reduced corruption. We need to appreciate the efforts of all the players in this anti-corruption crusade.

As a general matter, AAF concurs with Mr. Wachira’s comments and the tenor of this article: it takes  more than just one element to create an effective anti-corruption system that both prevents as well as detects and punishes violations swiftly.

As he points out, this system may well start “from the top,” as is the case with the Kenyan presidents recent pronouncements on his unwillingness to tolerate corrupt government dealings.  The question is, however, what happens if society cannot rely on its top officials to provide such guidance, nor rely on even lip-service paid to the anti-graft movement.  An example is South Africa, our next case study, where the recent worldwide FIFA corruption scandal resonated with particular momentum, given the country’s past hosting of the FIFA soccer World Cup.  As several news outlets have reported, the South African government (at its highest levels, including the Ministry of Sports and Recreation), has tried to keep details of the FIFA bribery allegations from the country’s public, specifically by instructing ex-Cup local organising committee (LOC) members not to give interviews and to hand over any evidence to the Ministry only.  Other corporate fraud scandals (ex.: Nedbank) continue to embroil the country, whose economy (and currency) appear on a perpetually and dangerously downward-sloping curve.

In our FIFA article, we pointed out with significant concern that “the South African Government’s, particularly under the auspices of President Zuma, dismantling of key enforcement agencies, especially the National Prosecution Services … has effectively prevented proactive enforcement of corrupt activities.”

Nonetheless, in the South African daily Times, Babalo Ndenze recently summarised the “most successful year yet” for the country’s Asset Forfeiture Unit — some of the few corruption-busters that have remained intact since a sweeping and politically-driven “overhaul” of the anti-graft investigative units in Africa’s southernmost Republic has caused the effective number, quality and fervour of public fraud prosecutors to dwindle to dangerous lows.  As we observed in a prior article on the perception of corruption in the country causing less foreign direct investment, “a new report released by the Centre for Corporate Governance in Africa at the University of Stellenbosch Business School, concludes that corruption remains one of the major obstacles to Africa’s economic rise: among the Southern African Development Community (SADC), South Africa suffers particularly from the perception of a high prevalence of bribery and corruption in the granting of South African government contracts and procurement tenders …”

Nonetheless, the Times chimes in with healthy enforcement statistics, and we will conclude today’s instalment with a recitation of those numbers:

The unit also froze orders worth R4.2-million against a company that was awarded a tender to transport mourners to Nelson Mandela commemoration events in the Eastern Cape. The tender process was rigged.

A number of Buffalo City Municipality officials, including former mayor Zukiswa Ncitha, were implicated in the case.

The unit also recovered a farm worth R1.5-million in the Free State that had been illicitly obtained by an SA Police Service detective.

The unit froze and recovered R59-million in various bank accounts of people who defrauded the Social Housing Regulatory Authority in East London . The unit also recovered some of the authority’s R4.8-million that had disappeared for “personal purposes”.

It was assisted by the National Treasury to recover more thanR61-million that was swindled from the authority’s coffers.

A list of the unit’s major recoveries appears in the National Prosecuting Authority’s latest annual report, which has been tabled in parliament.

According to legislation, the seized money goes into the central revenue fund.

“The unit achieved its best-ever performance, obtaining freezing orders to the value of R2.8-billion, significantly exceeding the annual target of R755-million by 265% and last year’s performance by 293%,” the report read.

The unit’s head, Willie Hofmeyr, said this success can be attributed to working closely with other crime-fighting institutions such as the Hawks, the police and the Special Investigating Unit.

“We’ve had a few good years in the past but this was probably our best,” he said.

“It’s true that working together has made a difference